LO: I can recognise equivalent fractions with small denominators.

We are now moving onto the second block of fractions. The first part is equivalent fractions and we will be doing this over the next week.

Watch my video which hopefully explains to you what this means.

**adults, it’s important that the children see that the equivalent fractions give the children the same amount but it doesn’t matter what you use to show this. I think a Circle shows this clearly but everyone learns in a different way so what ever works. **

There is no recording  today just the practical activity of physically seeing the equivalent fractions. 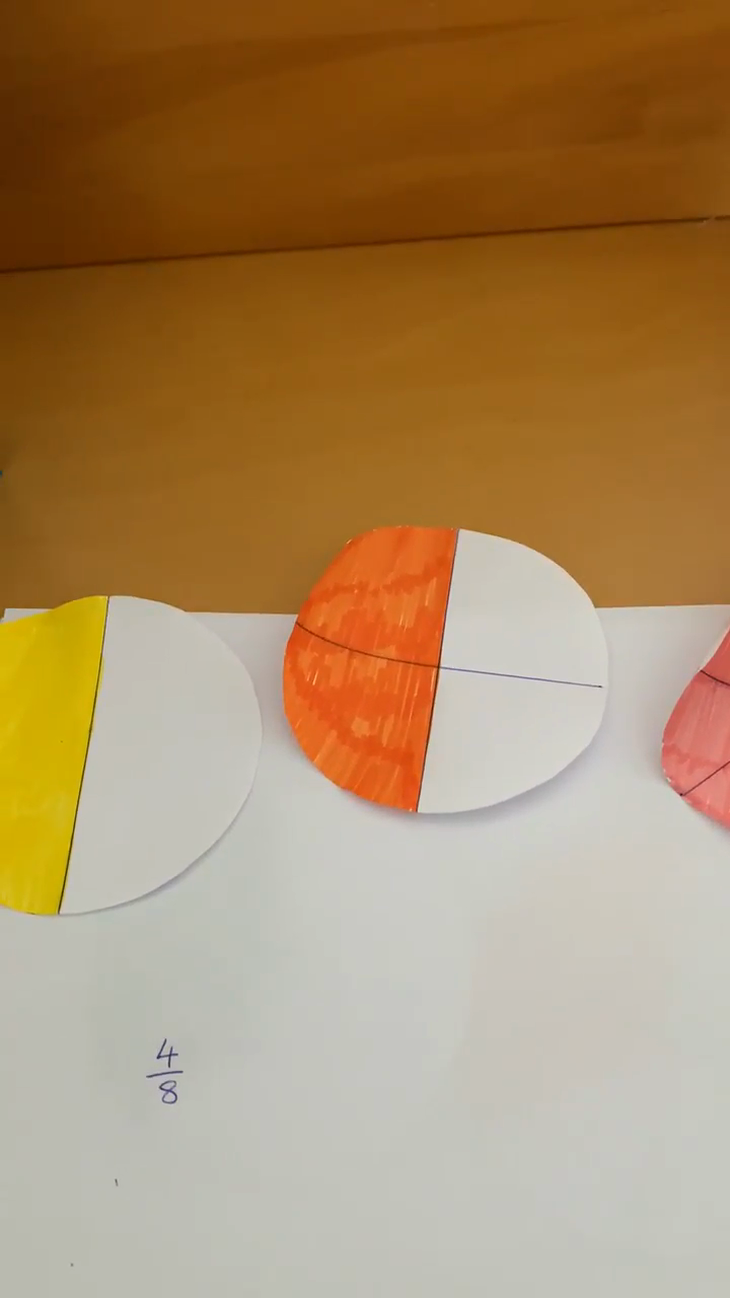 This is the first look at equivalent fractions. All practical to begin with so the children can see that they are the same value! You would get the same amount of pizza if you had 1/2, 2/4 and 4/8.

Unfortunately not the ones with chocolate chips.

Some cookies are necessary in order to make this website function correctly. These are set by default and whilst you can block or delete them by changing your browser settings, some functionality such as being able to log in to the website will not work if you do this. The necessary cookies set on this website are as follows:

Cookies that are not necessary to make the website work, but which enable additional functionality, can also be set. By default these cookies are disabled, but you can choose to enable them below: